Demons, the Great White North and the Blind Detective, by Shawn Adair Johnston 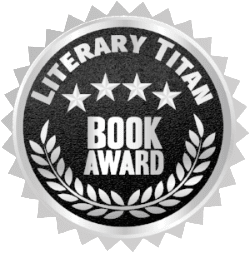 On Canada’s Arctic coast, the lives of local villagers are threatened by an abused Inuit teenager, a rogue A.I., and an ancient demon. An alliance between the oldest and newest forms of evil in our planet’s history could trigger a world war and usher in a permanent dark age.

While investigating brutal attacks against Inuit villages, the Royal Canadian Mounted Police, assisted by renowned blind detective Peter Straw, discover a far more complex danger. In this futuristic sci fi/fantasy, sometimes the line between good and evil, even human and inhuman, is ambiguous. Featuring Straw and his intellectually augmented seeing eye dog Watson, a host of human, nonhuman, and inhuman actors struggle either to avoid catastrophe or facilitate it. Heroes and villains alike are confronted with interesting and enduring questions: do humans possess immortal souls? If so, might an intellectually augmented animal or independent A.I. also possess the same? Rather than purely hypothetical, these questions will soon be argued in our legislatures and courts.

In Demons, the Great White North and the Blind Detective, with his dry humor and light touch, Author Shawn Adair Johnston confronts the deepest mysteries in a manner that will entertain and edify. Prepare for an adventure into the possible future and an exploration of the meaning of your life.

Cart
Checkout - $0.00
Shopping cart0
There are no products in the cart!
Continue shopping