Transgression: Hitler, Mirka, Mireille and Me, by Ben Stoltzfus 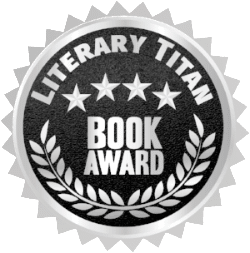 A fourteen-year old American boy and his parents escape from the Nazi-occupied Balkans during World War II. They travel from Bulgaria through Turkey and the Middle East to America but danger pursues them on the Mediterranean and the Atlantic when their ship is attacked by a German submarine, and threatened by the battleship Tirpitz.

With compelling prose Stoltzfus makes each character come vividly alive: Mirka, a Gypsy, the family maid who seduces the boy, Mireille, a precocious French girl who introduces him to Sade’s Philosophy in the Boudoir, his devout father, a pacifist, Archangel and Satan fighting over the boy’s soul, which he thinks is going in one direction but, because soul is all around him, is going everywhere and nowhere.

Although Transgression describes war and seduction, it is also a trip through international literature. Throughout, the wind, flowers, nightingales and symbolic colors in Oriental rugs foreshadow things to come. Hitler’s rants, poetry and dreams appear as recurring tropes–images that are woven into the woof and weft of the writing process. They are the golden thread. Subtly honed with hallmark precision and keen insight, Transgression exemplifies the best in narrative art.

Cart
Checkout - $0.00
Shopping cart
There are no products in the cart!
Continue shopping